Why is everyone cooking with beer?  Because beer adds a rich, earthy flavor to soups and stews that makes them taste like they’ve been simmering for hours.  Beers with a sweet or nutty taste can add depth to desserts.  And don’t worry about getting drunk – virtually all of the alcohol evaporates during the cooking process.

You’ve probably seen a ton of recipes for cooking with beer, but what if you want to know why cooking with beer works. When is it right? When is it wrong?  Below you will find 3 quick Do’s and Don’ts about cooking with beer. With this information you’ll be able to improve recipes that you’ve already mastered with adding Beer and you’ll feel confident when it comes time to do some experimenting.

Don’t let your food get drunk
No matter what recipe or tactic you want to try; never, ever get your food drunk. Even the weakest of alcohols in big volumes will destroy the meat, vegetables, or desserts you’re working with. Cooking with Beer works because of its nuance. Take things in moderation.

Don’t believe people that say, ‘It cooks off’
You’ve heard this at least a thousand times, I bet. ‘Don’t worry about the alcohol, it will cook right off’. Here’s the deal. Most of it will. You don’t have to cook your roast or cake that long to cook off more than half the alcohol. But you will never cook off all of it. There will always be trace amounts left over.

Don’t think it needs fire
Yeah, we’ve all seen those cool cooks lighting up their sauce pan as their food becomes, for a moment, engulfed in flames. But cooking with beer is not like that. It’s a careful and slow process, one that is not flashy but very, very tasting. Save the theatrics for another time.

Do replace some or all of a recipe with Beer
A lot of times you’ll see a recipe call for water or stock. Some of these are a good time to replace the liquid with a nice craft beer. Water and stock add very little flavor, obviously so using beer in the right way will let you develop another level of flavor.

A soup is obviously a bad idea to replace all of the stock with an equal amount of beer, but most recipes you can replace some of the liquid with a little beer and add a nice new flavor to the party. Remember, don’t get your food drunk.

Example: A good example of this is this Maine Lobster recipe. It steams Lobster in a classic way but uses beer to do the steaming which gives it a flavor to play with the lobster taste. Super simple and very effective.

Do think of the Flavor first
Good ‘ol flavor. A good craft beer has a powerful flavor within. Sometimes this flavor is the only way to create a certain recipe. You need the beer to make this dish. Nothing else will do.

Example: This Oaktown Chocolate Sauce needs this Brown Ale to be what it is. The strong bitter and toasty flavors infuse the chocolate with something more. Where other Chocolate sauces can be heavy, this one is heavenly.

Do consider moisture as much as flavor
Marinating meat with a craft beer does something very special. First, it infuses the meat with the moisture that’s needed for cooking. Second, it makes the meat soft to get that melt-in-your-mouth feeling. And third, it allows you to introduce new flavors deep into the meat.

Moisture is as important, sometimes, as the flavor itself. Why? Because moisture allows meat to be enjoyed more, to let the flavor stand up. But not just for meat.

Moisture is important for all kinds of recipes beyond just meat. You can soak cooked cakes in beer so it drinks up flavor and a brand new texture. You can make your vegetables more tender than ever before. One great example of using the moisture of Craft Beer to your advantage is…

Example: IPA Pickles. If you have ever made pickles before, you are never going to do it the same way again. And if you haven’t done it before, get ready to find a new hobby. These IPA pickles are beyond good and are so easy to eat and enjoy. People are going to start asking you for these for their birthday, so either learn to make a lot or learn to keep a secret.

Here we have it! The 3 Don’ts and 3 Dos when it comes to cooking with Beer. Take the lessons in these recipes and hold onto them tightly. You’ll soon see some opportunities for you to start baking and cooking with beer on your own accord. And your kitchen will be better for it

Wilson Wedding  #MadtobeWilson   /   11/13/2021 Maddie contacted us well into her journey to becoming Mrs. Brock Wilson.  We asked if we could follow her through 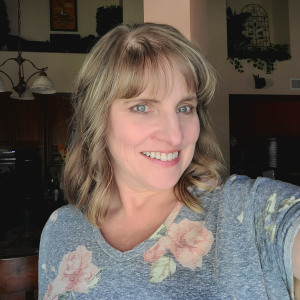 Darci has been with Fat Freddy's Catering for the past 15 years doing what she loves; coordinating the food and other details of events like weddings, corporate retreats, company picnics, surprise parties, etc. This love for event planning was created when she planned her own wedding and rehearsal dinner - that's also when she met the Renstrom Family.

Can't find what you were looking for?

We want to help! Our team of talented Chefs are standing by to make you the menu of your dreams. Message us for your free consultation and proposal today!